“Purgatory” is a play by W.B.Yeats. There are only two characters in this play, a boy and an old Man. The old man is the boy’s father. The boy does not like the old man. They are in front of an old house that has been burnt down. The house had belonged to the old man’s parents – his rich mother and his money- wasting father. The mother had died giving birth to the old man and his father had been murdered by the old man when the house had burnt down. The old man believes his mother’s soul is suffering in Purgatory. He believes that she is constantly reliving her wedding night. He tells this to the boy.

After the old man and the boy fight over the old man’s money, he kills the boy. He does this to stop the boy having a son of his own. He believes that this will break the cycle of violence and release his mother’s soul from Purgatory.

At the end of the play, he realizes that his mother’s soul is still suffering in Purgatory.

1. What is the theme of “Purgatory”. Explain it.

Ans: Purgatory means the purification of human soul for renewal and new spiritual life. In this play, the old man see problems everywhere. The man destroys all of his house and killed his own father, son and mother for the purification and cleansing of souls. So this play suggests that the self destruction is necessary for purification of human soul. The main theme of this play is that the crime of a father will be repeated by his son in an endless cycle of violence.

2. What is the old man motive in murdering the boy?

Ans: The old man’s motive in murdering the boy is to put an end to the chain of consequence. The old man thinks that the boy will repeat the same act of father’s polluted career. He thinks that the boy will destroy the building, get attracted to the girls and spend all of his property in wines in the same way as his grandfather did in the past. So to end the polluted tradition,  he killed the boy. 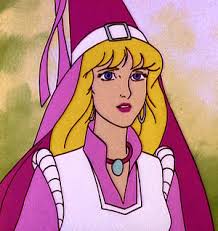 Share Your Notes
You can share your notes at Lets Learn Nepal. If you are intrested to share then please join us. We highly appreciate you for sharing notes.