Dr. Brawn was a famous German surgeon. The day after the Christmas of 1903, he was sitting alone in his dinning room at about 9:30 PM. As he was old and very much tired, he soon fell asleep, He suddenly woke up hearing the doorbell. He went to the door and saw a poor little girl wearing a cotton shawl. The girl requested him to go and see her sick mother who was very serious. The doctor has worked more than eight hours that day and was quiet tired. However he was ready to go go with the girl was he never deny the task offered by the god.

When Dr. Brawn walked out of the house, it was raining heavily. The girl walked up very fast ahead and doctor followed her. He tried to catch up the girl as he wanted to ask her some questions. However, she walked so fast that he couldn’t talk to her. They passed the poorest part of Berlin and reach an old house. The little girl, entered the dark passage of the house and started climbing the stairs. Dr. Braun followed her quickly until he saw her standing at the doorway of a room in a fifth floor. She thanked the doctor for his kindness. When they went in, the little girl closed the door softly behind him. Dr. Brawn saw a women lying on a bed. He recognized the women. She was Elda who used to work in the same hospital where Dr. Braun was working. The doctor found that Elda was suffering from Pneumonia. He gave her some medicine and tried to make her comfortable.

The doctor knew that Elda had gone to stay at her brother’s house in the house in the village. He asked her when she had come back. Elda replied that she came back just three months ago after the death of only daughter. With full of tears in her eyes, Elda told that her only little girl died of flu in September. Dr. Braun was extremely surprised. He looked around her but the little girl had already disappeared. It was the most strange and mysterious dream incident that happened in his life. Elda showed him her daughter’s shoes and shawl which she kept as a remembrance of her daughter. When the daughter found that the old shoes and the shawl were wet, he was more surprised and confused. When she looked at women, he found her asleep, He touched her head, closed the door and gets out of it.

a. Write a paragraph about Dr. Braun.

Ans: Dr. Emil Braun was a famous German surgeon. He lived in Berlin with his wife. He was sixty seven years old. He had a great faith in god. He did whatever Got put infront of him. He was a hardworking doctor. As a head surgeoon, he used to perform and supervise difficult surgical operations for long hours. He often used to write notes about his day’s work at home in the evening. He was a kind hearted and dutiful doctor.

b. Why do you think the little girl walked ahead of the doctor instead of walking with him?

Ans: The little girl walked ahead of the doctor instead of walking with him because she was spirit of a girl who had died three months before. By keeping a distance apart from him, she would keep her identity hidden and the doctor would not notice her strange appearance.

c. Why did the little girl come to the doctor’s home?

Ans: It was wonderful that Elda, the little girl’s mother had prayed and hoped that Dr. Braun would come and provide her necessary treatment. Although her daughter was dead, she heard the prayer of her mother and appeared in the form of spirit merely to help her mother.

d. What did Dr. Brawn discover when he went to the girl who came to his house?

Ans: When Dr. Braun went with the girl who came to his house, he discovered that the girl’s mother who was seriously sick and lying in the bed was once a maintenance staff in his hospital. The girl’s mother told very strange things about her daughter which doctor couldn’t simply believe. 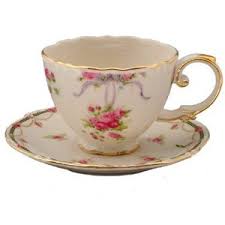 Look at the Teacup
The Boarding House

Share Your Notes
You can share your notes at Lets Learn Nepal. If you are intrested to share then please join us. We highly appreciate you for sharing notes.

25 Responses to “The House Call”